Almost a decade after Get FISA Right was born, Section 702 of the FISA Amendments Act is once again up for reauthorization. FISA provides the legal basis for warrantless surveillance, and when it was originally passed over strenuous objections from civil libertarians in 2008, it included a “sunset clause”. After being extended once in the lame-duck session in late 2012, Section 702 will sunset if it’s not reauthorized again by the end of the year. 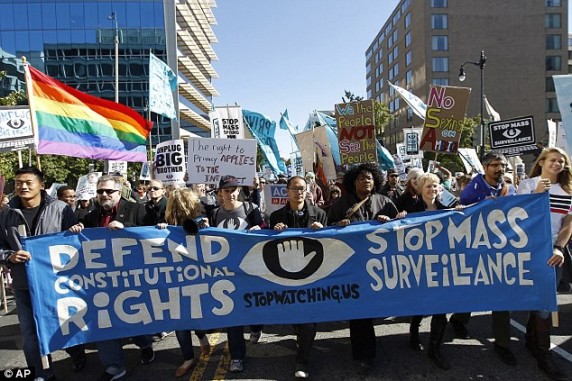 Stop Watching Us demonstration in DC, 2013, photo from the Daily Mail

As usual, the White House is pushing for a “clean reauth” — extending the provisions without any further reforms. As usual, civil libertarians across the political spectrum are pushing for reform. As usual, the government is saying they can’t even count how many Americans are swept up in target coverage. As usual, Ron Wyden is concerned and speaking out.

But there are some big differences this time around.